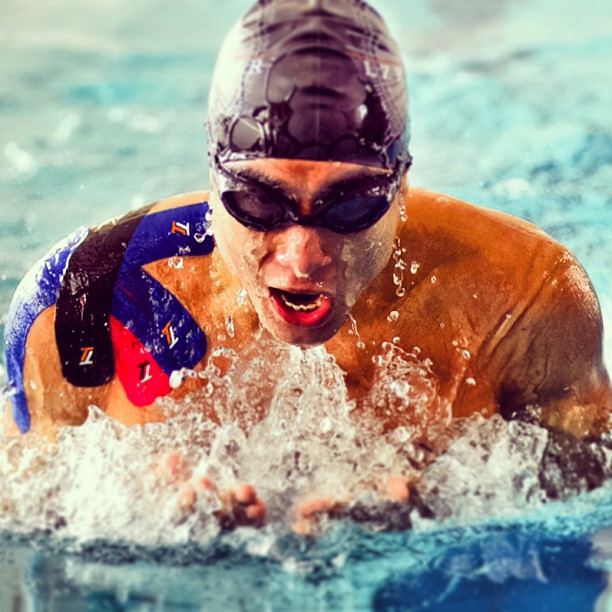 Sports injuries occurs very often. They may be caused either performing professional competitive sports or during a recreational activity. Either way, Kinesio Taping (KT) is a very recommended rehabilitative technique and it’s commonly used to treat numerous conditions including ankle sprains, shoulder tension, hamstring strains, shin splints, knee injuries, tennis elbow, Achilles heel, torticollis, spinal straining, among others. These injuries are frequently accompanied by severe pain which directly leads to functional disturbances. What Kinesio Tape does on these cases is to facilitate the body’s natural healing process.

According to an investigation of the University of Pennsylvania, KT is used for pain reduction related to a musculoskeletal injury. Physical therapists and chiropractors frequently use KT as a long-term treatment for patients who are experiencing pain in a localized area.

In the last decade, researchers have been focused on testing the effectiveness of treating sports injuries with Kinesio Taping due to opinion’s discrepancy related to the success of this technique.

Several experimental studies reports have shown Kinesio Taping beneficial effects, especially on pain management and functional capabilities. Some of the studies supporting the use of KT, and published by the Football Medicine Blog are:

Therefore, is Kinesio Taping a miracle cure? Probably not. But despite that, and as we have learned on this post, there is solid evidence that it can have a positive effect on reducing pain, swelling and improving range of motion on injured athletes and patients after specific surgeries.

Share with us; what’s your experience with KT Tape? Have you tried our Target Tape before? Let us know in the comments below or drop us a note on our Instagram account or Facebook Page. If you need more info just contact us for more or e-mail us at info@TargetTapeUSA.com

Have a great day and thank you so much for being part of our community!

Send us an email and we'll get back to you, asap.